This site uses cookies. By using the site, you agree to their use in accordance with current browser settings. More information +  I agree 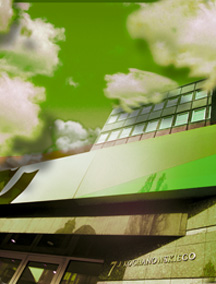 19 July, 2007
Received a certificate confirming the company’s conformity with the quality requirements of ISO 9001:2001

11 December, 2006
Qualified for “Gazele Biznesu” (Eng. “Business Gazelles”), the ranking of the most dynamic companies selected by the “Puls Biznesu” magazine on the basis of their dynamic and financial results achieved in the years 2003 – 2005

9 June, 2004
15th anniversary of the establishment of Envirotech

3 April, 2001
Award of certificates confirming the Company’s compliance with the quality and environmental requirements of ISO 9001 and ISO 14001 standards

1 January, 1999
Opening of a branch in Koszalin as a result of merger with Megatech company

2 October, 1995
Purchase of a warehouse in 16a Wrzesińska Street in Poznań

1 September, 1995
Opening of the first branch office in Częstochowa

1 January, 1995
Merger of Envirotech with its sister companies (Enviroimpex and Enviromatic) by way of universal succession

6 July, 1993
Award of a diploma by the National Association for Danish Enterprise and Prince Henry’s Medal of Honor in recognition of the achievements in the promotion of Danish products in foreign markets

9 June, 1989
Establishment of Envirotech Ltd. Co.: entry in the Commercial Register of the District Court in Poznań, under the number RHB 3713